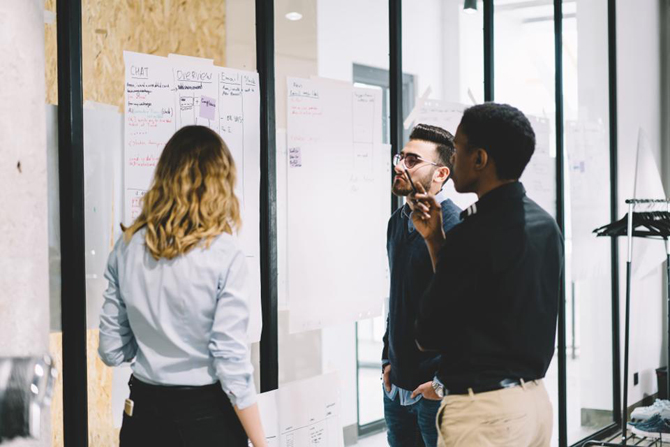 In a pioneering move 18 months ago, HP Inc., helmed by chief marketing and communications officer Antonio Lucio, bestowed a clear and unprecedented mandate to its advertising agency partners, grounded in the conviction that diversity is a business imperative: Up your creative-department diversity quotient within 12 months. In short order, the agencies answered back; the company’s top five roster agencies reported a 20-point jump in women working on HP account teams. For its part, HP had assumed the same “diversity scorecard challenge” for itself, committing to increasing the number of women in leadership roles as well as increasing the diversity of its teams.

Fast-forward to today, and the numbers are in: In the first quantitative assessment of 53 global campaigns, HP’s in-house brand tracker measured the impact of HP ads created before and after its 2016 diversity initiative was launched and revealed a six-point increase in purchase intent and HP business drivers in one year. Meanwhile, Nielsen’s marketing-mix analysis reported an increase in revenue per impression of one-third. Finally, HP worked with the Association of National Advertisers to apply its #SeeHer Gender Equality Measurement (GEM) methodology to its ads, showing a five-point increase in effectiveness—putting HP in the top quartile of brands. It’s all data that prove, HP contends, that ads created by diverse teams perform better.

“In line with all the work done by academics and consulting firms like McKinsey, we expected a positive business impact of the diversity initiative,” Lucio said in an email. “I must say that our overall business is growing double-digit on the revenue and operating profit line. Our share is at an all-time high on both categories in which we compete. In order to isolate variables of our initiative, we focus on criteria linked to the work, like preference score and revenue generated by impression and the ANA GEM score,” he said.

It is one step closer to directly linking diversity to business growth. “It is difficult to establish a true, straight-line correlation, but we can categorically say that the diversity initiative is a contributing factor to our brand results,” Lucio said.

The diversity scorecard challenge hasn’t been HP’s sole endeavor. It was the first to sponsor Free the Bid, a nonprofit initiative that encourages agencies to include a female director on every triple-bid project. Since its launch, the industry has increased its hiring and bidding of female directors by 400%.

HP and Cannes Lions today also announce the members of #MoreLikeMe, a pilot program designed to help increase the number of people of color in the creative industry. The members, nominated by agencies, will attend a curated set of programming at Cannes Lions, with mentoring at the core.

“Earlier this year I was looking through an ‘Agency of the Year’ article. I began to notice how all people in the photos looked the same,” said Andrew Shaffer, associate creative director at BBDO and a #MoreLikeMe participant, in a statement. “It served as a personal reminder to myself that although I have had some success, there’s still a long way to go. That’s why I’m honored to be part of the #MoreLikeMe program. It’s a step in the right direction for real, lasting change.”