#FairnessFirst: What you can learn from Starbucks' anti-bias diversity training 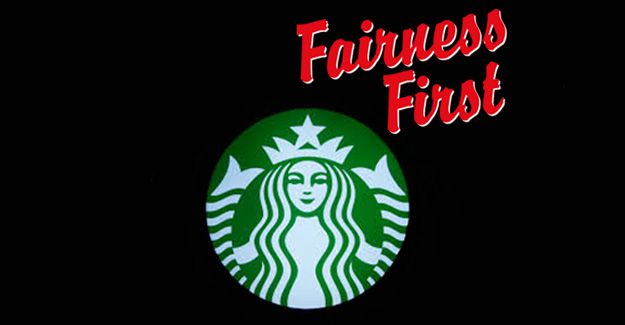 Starbucks made the drastic move of shutting all 8,000 of its stores across the US on Tuesday afternoon for compulsory 'anti-bias' diversity training sessions. Here's what other brands can learn from this

In case you missed the news back in April, The Independent clarifies that two African American men were controversially arrested for trespassing at one of Starbucks’ Philadelphia stores.

The reason? They sat at a table without purchasing anything. They also asked to use the bathroom as they waited for a business meeting. That’s all.

While the coffee chain did apologise for the incident, it also put its money where its mouth is when it shut 8,000 stores, so that more than 175,000 of its employees across the US could attend ‘anti-bias’ diversity training sessions on the afternoon of Tuesday, 29 May.

The Independent reported at the time that it was a case of Starbucks daring to invest in its employees with the diversity training, which it called “a rare choice that could be money well spent.” They went on to explain:

If the Starbucks brand is harmed, all its profits risk melting away like foam on a cappuccino.

A New York Times photographer also drove around while the Starbucks stores were closed, to capture the resulting photo-essay titled ‘Starbucks, at the Intersection of Race and Class in America’ – that’s the cultural force the caffeine-drink company has become.

On whether the training was effective or not, Time interviewed Starbucks employees and reports that some were confused beforehand as to why they needed to attend the training (“I was angry we had to educate people on how to not be racist.”)

Opinions did change after the training session, though – the same anonymous black female barista said an aspect of the training detailed living day-to-day in public spaces like coffee shops, as a person of colour and, “... the fact that it was a video all employees had to watch, it really warmed me.”

Encourage employees to be ‘colour brave’, not ‘colour blind’

Time explains that the training focused on becoming ‘colour brave’ rather than the all-too-twee ‘colour blind, and involved watching close to two dozen videos featuring rapper Common, documentary filmmaker Stanley Nelson, Starbucks executives and other prominent figures, while participating in wide-ranging discussions about race and identity with their colleagues.

Trevor Noah focused on the diversity training sessions in a segment of The Daily Show, and the expected parodies were released almost immediately thereafter:

So while the messaging definitely captured the world’s attention as it’s a fresh take to the expected ‘everyone is equal’, and it certainly helps to add to the conversation around inclusion, equality, diversity and privilege, we now need to take the movement beyond words.

As one of the trainees interviewed by Time stated, “It seems like a lot of talking from the videos,” he added, “and not enough discussion from us.”

In fact, just a few weeks ago I wrote that while most corporates readily acknowledge that discrimination exists, they’re not taking action. We’re facing diversity fatigue.

You'll need more than one training session, and everyone should have a say rather than just sitting back and watching others talk. Starbucks has said this was intended as just the first step in this direction, with more sessions planned down the line globally.

USA Today estimates that Starbucks lost in the region of $12m by closing its US-based stores for the afternoon training session. Was it worth it? Time will tell.