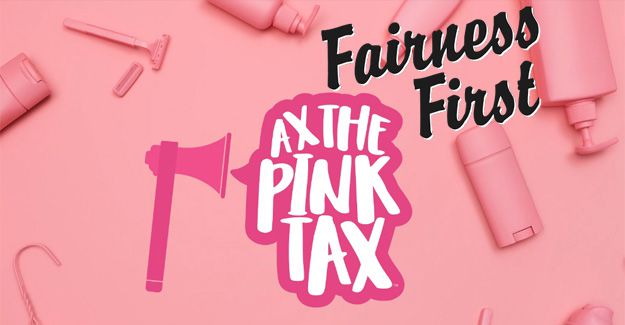 'Pink tax' has been doing the rounds for decades, though more in 'am I imagining this costs more because it's pink' whispers than the loud social proclamations of today. Sadly, it's exactly what it sounds like - selling items for a higher price if they're sold in pink...

The amount of social media posts highlighting the injustice of charging more for a product simply for creating it in pink rather than the standard black/blue/default colour is on the rise.

Are you really paying more, just because it's pink?

Colour and price have been at play since Henry Ford was quoted for having said, “You can have it in any colour, as long as it’s black.” The verdict’s still out on whether that meant you’d need to pay more if you opted for a different colour, but retailers in the 21st Century have taken the notion and run with it, especially if it means they can punt a product as the ‘just for women’ version, as it comes in pink.

In case you’ve missed the outrage, Nas Daily vlogger Dear Alyne is putting the issue into perspective for her social media followers in this explanation video. Set aside four minutes to catch up on the topic:

Then there’s the #Axthepinktax movement. Media and charity partners like European Wax Center and the global women empowerment non-profit Girls in Tech are asking corporates and consumers alike to ‘raise your pink brow’ at pink tax by literally painting your eyebrows pink to help raise awareness of pink tax, even if just on a Bitmoji or Snapchat rather than IRL:

The true cost of being female

On the added price of being a female consumer, Listen Money Matters reports that pink tax also refers to:

Numerous studies show that women pay more than men for the same service or product 42% of the time.

Listen Money Matters also mentions that in December 2015, the New York City Department of Consumer Affairs released a study comparing the prices of over 800 products. The goal of the study was to estimate the price differences male and female shoppers face when buying the same types of items.

The results were as follows:

Pay attention to the 'personal care' products in particular, because linked to pink tax is tampon tax. Listen Money Matters sums it up as follows:

Did you know, tampons and pads are charged sales tax because they are considered “luxury” items? Periods are certainly not a luxury and I’m sure every woman on the planet would agree!

SA can be proud of our local version of Cosmopolitan magazine in this regard.

Not only did they publish a report in the June 2018 issue of the magazine in which they argue that sanitary products should be categorised as zero-rated basic items rather than luxury non-essentials, they also launched a petition that’s being lodged with Parliament and the Department of Women.

From there, Cosmo SA hopes to see government seriously debate how period poverty can be ended before the close of 2018.

You can get involved by signing the Cosmo SA petition on Change.org, joining the all-women Girls Gone Global Facebook group by Dear Alyne to have your say, supporting #AxthePinkTax, and boycotting those pricier pink products.

After all, if the government can provides free condoms, why not also free sanitary consumables – no matter the colour?